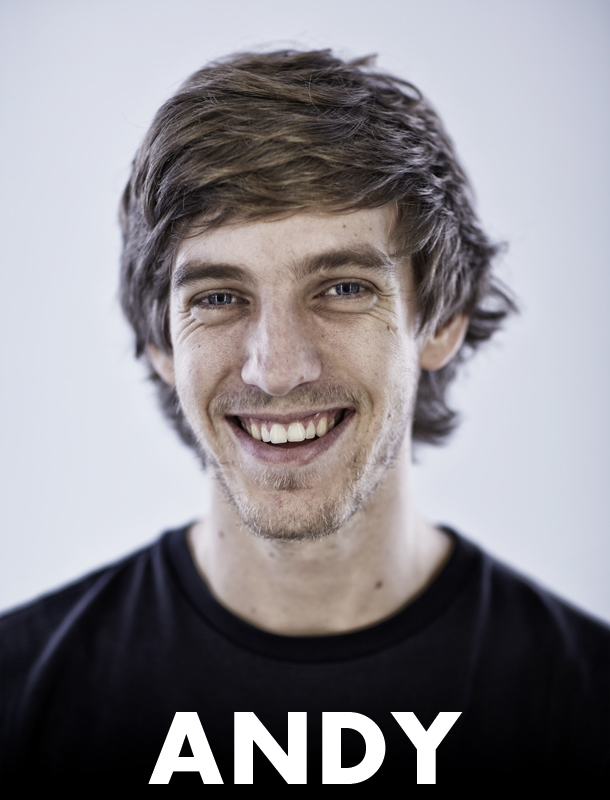 If you’ve booked or done a shoot in one our studios over the last year then you have probably met Andy, one of our newest employees who as studio assistant is in charge of making sure your production goes as smoothly as possible from optioning a studio to closing up when you’re done.

Born in Cape Town and raised in Somerset West, it was playing around with his dad’s first digital camera that got Andy interested in photography. He went on to study the craft for 3 years at CPUT and joined Roodebloem Studios to get some hands on experience of the industry.

Andy is interested in both computer games and being in nature (opposites we know but I guess they balance each other out) as well as bodyweight fitness. On the weekends you’ll either find him taking photos of landscapes and the stars or doing a headstand on his yoga mat waiting for others to join an online game.

At the moment he’s into The Office TV series, watching Bob Ross videos and will do just about anything for a sirloin steak. When he was younger he won a “Where’s Wally” book for dominating a science quiz at the MTN Science Centre and if he won a million Rand the first thing he’d do buy himself a new computer.

Jett Studio is Andy’s favourite photographic studio because it’s spacious, has lots of natural light and great ambience. This where you’ll find him, more often than not, manning our Daylight Studios building so to contact him with any questions about your next production at our studios simply call him on 021 448 6962 or send Andy an email.

These Fashion Friends are Foschini Brand Ambassadors, carefully selected for their love of life, community,…

STANDING OUT WITH ELLE