It’s not often that we have live music at our studios but given the nature of this showcase we looked forward to hosting Floors in our Church studio space, launching the duo and their first EP.

”Floors is a Cape Town based duo that play lush, mood-based electronica.
Their rich, organic sound stems from the use of vintage synthesisers and guitars, soulful vocals and a detailed production style.”

The duo, Greg Abrahams on guitars, synths, production and mixing and Mikhaela Faye on vocals, synths, pianos and production welcomed guests with a drink in the courtyard and tunes from Beat Sampras, a soul, R&B and hip duo consisting of guitarist Dylan Fine and producer David Migwalla in the Gallery studio space.

When the Church doors opened and their setup on our infinity curve was unveiled, the anticipation to hear their set and see how the brightly coloured strip lights and visuals would accompany their music was real.

The lighting design by Bad Weather and visuals from The Grrrl, Jessica Smith and Simone Rademeyer projected onto the 7m high infinity curve along with a broad pallet of acoustic, experimental and electronic sounds made for a fantastic live show.
The 200m2 Church studio space and its large bounce above the curve held the sound extremely well for a large space with such a high ceiling.

The incredible production value of their live show and tracks played from the EP entitled ‘FADE’ were extremely well received by all who attended this wonderful live electronic music event.
”Their live performance is a highly immersive audio-visual experience combining cutting edge lighting and visuals with a rich and sonically diverse musical backdrop. Their musical style is influenced by a range of different genres including contemporary-classical, jazz, alternative and downtempo electronica, ambient and folk. ” 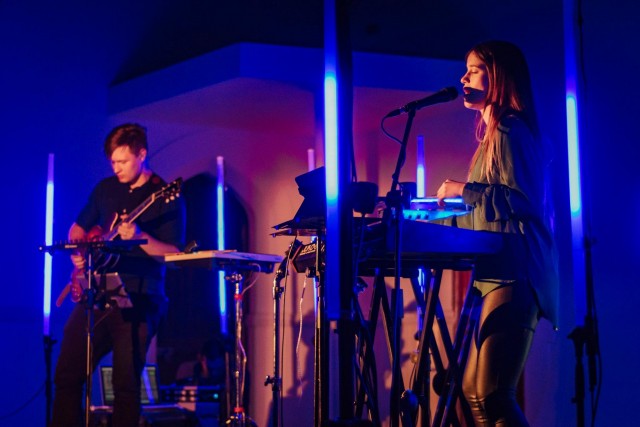 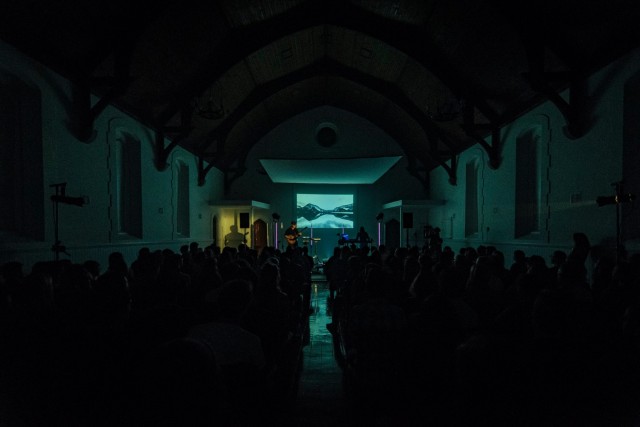 After Floors it was back to the gallery studio for the closing set with Fever Trails, multi-instrumentalist and electronic producer Nicolaas Van Reenen of Black Major.

That all our studios may be rented out for functions, weddings, product launches and many…

In March, Adidas Originals held an exclusive event at our photographic studios in Woodstock for a select group of…