Woodstock in the 18th Century

In the early days of Cape Town before electricity and before transcontinental flight there existed ships and storms. Storms so frightful that the phrase “Cape of Storms” became widely used. One such storm ran 5 ships aground on Woodstock beach. A dairy farmer named Wolraad Woltemade rode himself and his horse into the churning ocean to save the shipwrecked sailors on board. Once, twice, thrice Wolraad and his horse rode into the waves bringing back sailors to the safety of the beach. After their 14th rescue Wolraad and his horse unfortunately succumbed to the force and brutality of the ocean. Saving 14 lives at the expense of his own has made Wolraad’s name famous throughout the Cape of storms.

During the Early 19th Century a peace treaty was signed between the British and Dutch under a tree on the edge of Woodstock beach. Today this 550 year old Milkwood tree still exists and can be seen on Treaty road. The area between the Castle and Salt River finally received a name change from Papendorp to Woodstock in the Mid 19th century. By 1862 Woodstock integrated into greater Cape Town with a railway connection.

By the dawn of the 20th Century Woodstock became home to Castle Brewery and a biscuit factory. It was the age of industry and the suburb saw a rise in factories and warehouses. The fashionable seaside suburb saw itself changing to an industrial smokestack. Woodstock residents bid their beach farewell when it was incorporated into the Foreshore scheme the following century. 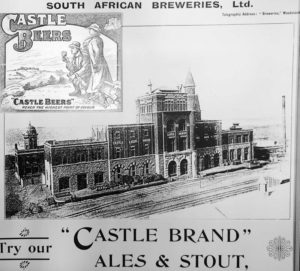 Woodstock today is  a perfect example of urban revival with the Old biscuit mill boasting two world class restaurants and an open air market. There is also four craft beer breweries that call Woodstock home. Along with cafe’s, quaint houses and sun dappled streets. This once small fishing hamlet on the foot of Table Mountain has become a favourite amongst artists, creatives and vagabonds.

We look forward to welcoming you at one of our world class studios here in the heart of Cape Town.

We are in love with our Ecoflow River Max and Rive

The day the Drive in curve was 'Summerfied' by @sp

There is always something fun happening in the Jet

A look back at the Catrice Cosmetics campaign shoo

When @jan_verboom_photographer decides it is time